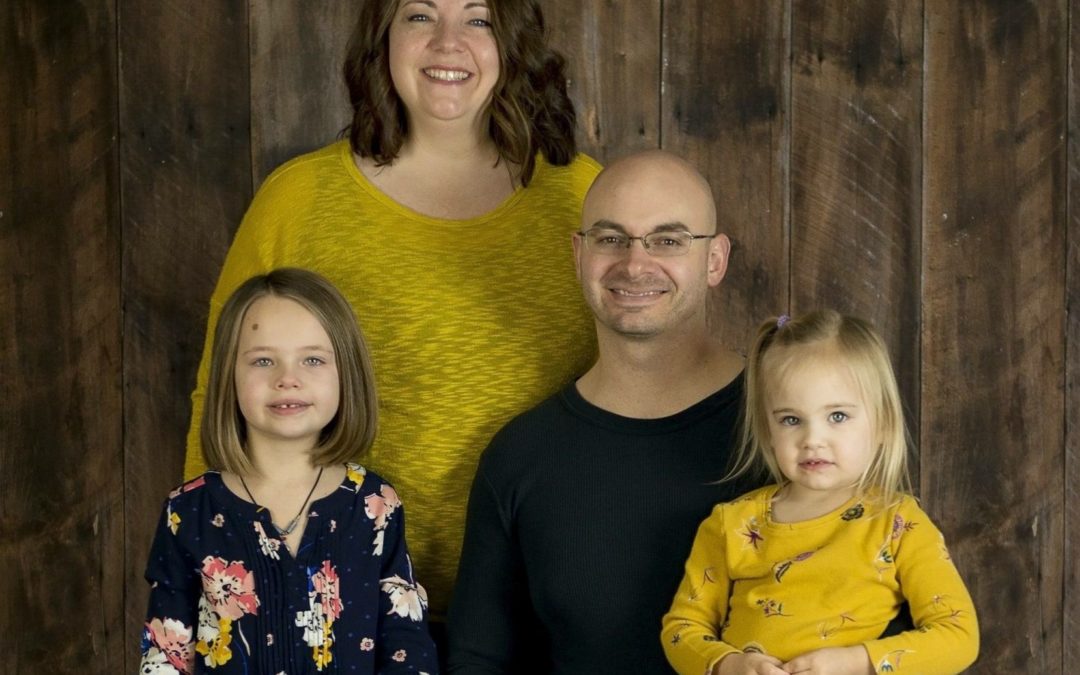 Steve Stone, Carie Crenshaw and their daughters, Kenlee and Kylin, will visit Walt Disney World this December thanks to The Visual Bucket List. Editor’s note: Shhhh… It’s a surprise. Kenlee and Kylin won’t know until December. SHELBY — Steve Stone of Shelby was never in a rush to see Walt Disney World. He made his first visit to the renowned theme park at age 21. But his two daughters Kenlee, 5, and Kylin, 3, can’t wait that long. Both have been diagnosed with Usher’s Syndrome, a rare genetic condition that will likely cause them to lose their vision and hearing abilities during or after adolescence. Kenlee, 5, and Kylin, 3, of Shelby. Knowing this, Stone and his partner, Carie Crenshaw, aim to create memorable experiences for their girls. They’ve visited Cedar Point, Kalahari and dozens of other Ohio-based attractions. But later this year, they’ll go on their biggest adventure yet: A $12,500 trip to Walt Disney World in Florida, which will be completely covered by The Visual Bucket List Foundation . “And it’s for your daughters,” Steve Myers continued his wife’s thought. “Someone said the same to me years ago. They did just about have to slap me on the back of the head. They said, ‘It’s not for you, it’s for your little girl, and it’s a gift, not a handout.’” “When you get a gift like that, you feel a great deal of responsibility in making sure you pay it forward,” Steve Myers said. “And there’s no way to pay that back. That’s why we keep telling people, we’re going to spend the rest of our lifetime trying to.” Since starting the foundation, the Myers have already funded airplane rides around Mansfield, provided a telescope for a family and contributed to the purchase of at least three pairs of eSight glasses, which allow children like St. Peter’s Elementary School student, Remington Hedrick to zoom in on things they otherwise couldn’t see. The Stone family’s trip, booked through Carson Travel, will be all-inclusive. The four will spend six days in early December at Disney, staying at the Animal […]