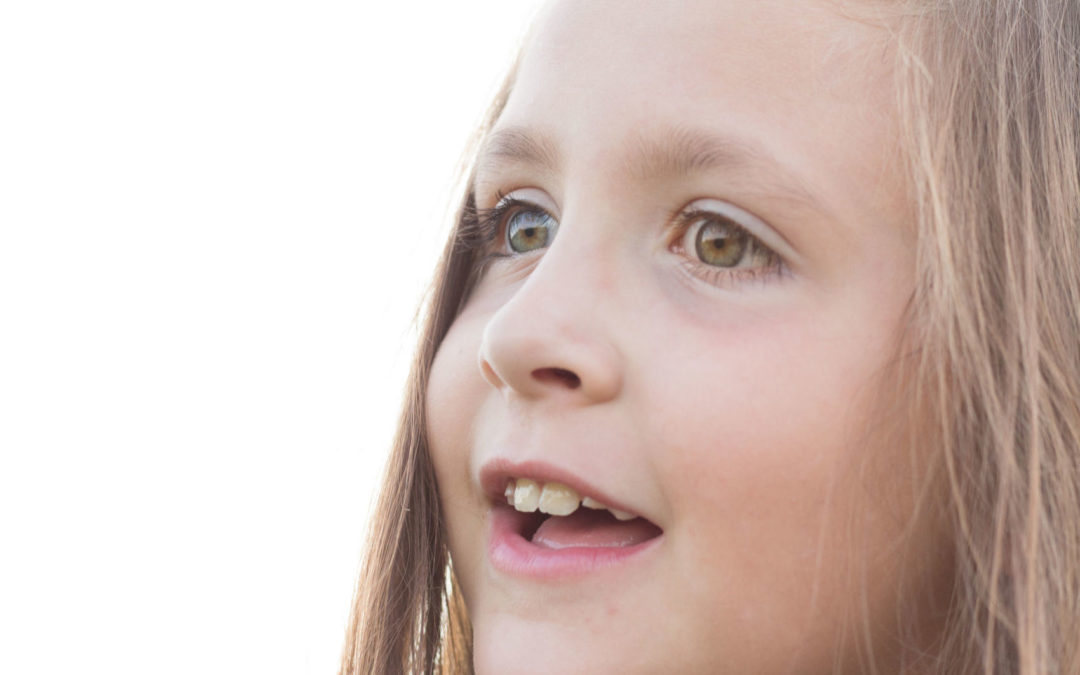 Seven-year-old Remington Hedrick has nystagmus and retinal dystrophy, and would able to see clearly with the use of eSight Glasses. The Visual Bucket List Foundation is working to fundraise $10,000 to purchase the glasses for Remington. That’s how much a pair of eSight glasses would cost for 7-year-old Remington Hedrick, an upcoming second-grader at St. Peter’s School in Mansfield, glasses that would allow her to recognize her parents’ faces, or sit on the couch with her family during movie nights. Someday soon, Remington might receive those glasses with the help of a very special classmate. One of Remington’s friends at St. Peter’s is Lizzy Myers, the girl who gained international attention last year when she fulfilled a “ visual bucket list ” wish and met Pope Francis. Lizzy has a rare genetic disorder called Usher syndrome type 2 that requires her to wear a hearing aid, and will eventually cause her to lose her sight as she approaches adolescence. Lizzy’s parents, Christine and Steven, created The Visual Bucket List Foundation after their trip to Rome last year as a way to pay it forward to other families with children who are visually impaired. Meeting Remington and her family through Lizzy’s class at St. Peter’s was a fortunate twist of fate. Remington excited to try out the eSight glasses for the first time. In fact, it was Christine who first discovered the eSight glasses while scrolling through Facebook late one evening. She immediately thought of Remington when she realized the eSight can help with two conditions that Remington has: nystagmus, which causes the eyes to make repetitive uncontrolled movements, and retinal dystrophy, which affects her sensitivity to light. “I was scrolling through Facebook late one night, and an advertisement came up about helping the blind see,” said Christine Myers. “One of the conditions they’d had success with was nystagmus, which we knew that Remington had. I went to bed because it was way late, and the next day Steve found out the company was in Cleveland for the next week and had seven appointment openings.” The Myers are currently working […]