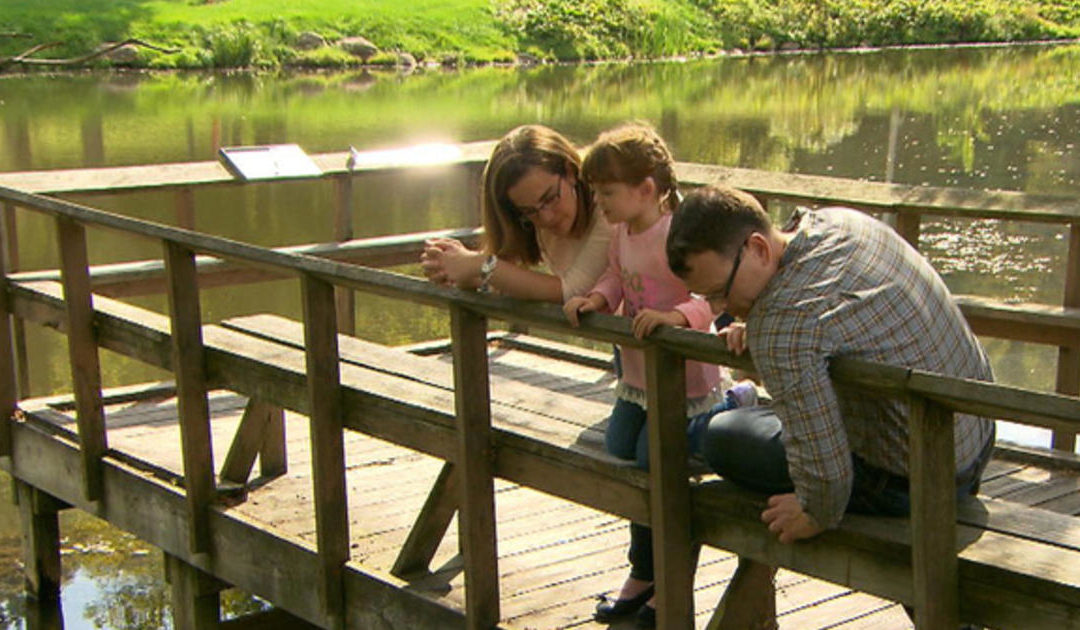 Five-year-old Lizzy Myers sees the world’s wonder every day – as much her parents can fit in. “She’s just out for the fun of it right now,” said her mother, Christine. “I’d imagine she’s a tad-bit spoiled,” her father Steve added. The Myers are racing to help her see as much as the world possible. That’s because they see her future. When Lizzy was three, testing showed she needed a hearing aid and a deeper worry – a genetic disorder called Usher Syndrome Type II. “Her retina tissue will start degrading during adolescence and what will happen is the retina tissue will start degrading during adolescence,” Steve Myers said. “She’ll start losing her night vision and then after that she’ll start losing her peripheral vision and eventually it’ll be just tunnel vision.” One in 17,000 people have a type of Usher Syndrome, and there is no known cure. It’s life-altering, not life threatening. Lizzy does not know that eventually she will go blind, but she’s smart and intuitive, and her parents realize they may have to tell her soon. “It’s devastating. It’s happening to your child, there’s nothing you can do about it,” said Christine Myers. “You start thinking the worst, having kids — is she ever going to be able to see her little child’s face and see her kids’ eyes?” So the Myers launched a mission – to let their daughter see the world now, while she still can. They call it, “Lizzy’s Visual Bucket List.” “It’s not written down somewhere. It’s just continuously changing. Every day we think of something new,” said Christine. “Looking through a telescope at the stars and the moon, campfires, we go out to catch fireflies,” said Steve. One night, they even woke up Lizzy to see a rainbow. “And even when we were done watching it, Lizzy came in and she sat at the window and watched it until it was gone,” said Steve. The couple wants to show Lizzy everything from simple pleasures — like flowers in a field, a trip to a farm to feed the animals, or taking […]