Girl With ‘Visual Bucket List’ Is Blessed by Pope Francis 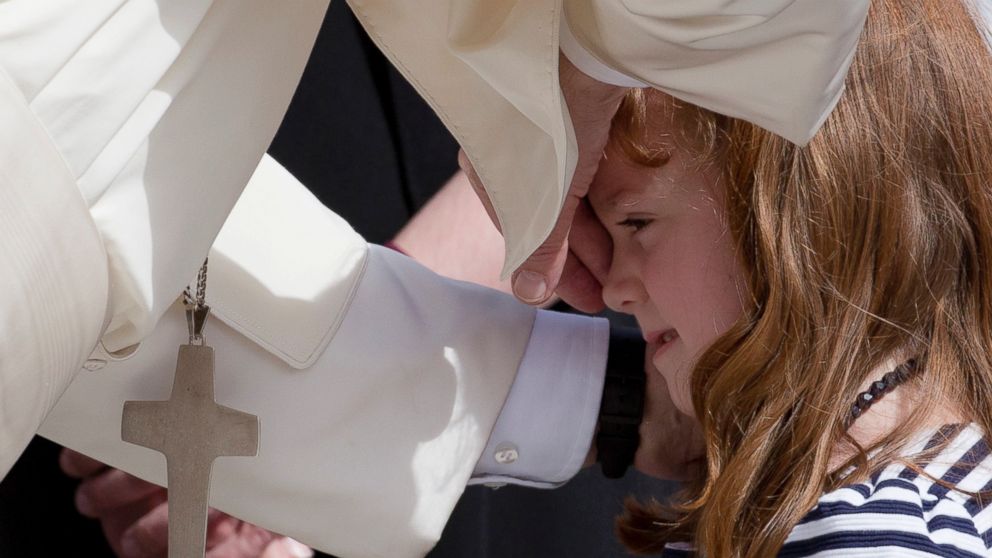 A 5-year-old girl was blessed by Pope Francis today after traveling with her parents to Rome for her “visual bucket list.” Lizzy Myers is going blind due to a rare disease called Usher’s syndrome, a degenerative condition that often results in vision and hearing loss. Lizzy’s parents said they made a “visual bucket list” for Lizzy so she can see the wonders of the world before she loses her vision. The family, who is from Mansfield, Ohio, has already been to the Warren Rupp observatory in Ohio and had traveled to Rome in hopes of meeting the pope. This morning the family got its wish. Pope Francis met and blessed Lizzy after his general audience in St. Peter’s Square at the Vatican. Pope Francis blesses five-year-old Lizzy Myers, from Bellville, Ohio, at the end of his general audience in St. Peter’s Square at the Vatican, April 6, 2016. “The meeting with the pope was absolutely amazing. I’d never expected in a million years that we would come that close to the Pope,” Steve Myers, Lizzy’s father, told the Associated Press. “We first started this adventure with Turkish Airlines, you know, we thought maybe there was a chance we’d be able to get to the general audience and we’d be out there in the crowd.” A Turkish Airlines executive had heard the family wanted to have Lizzy meet with the pope before she went blind and arranged free airfare for the family, according to the AP. “He blessed Elizabeth’s eyes,” Christine Myers, Lizzy’s mom, said. “He asked that we pray for him and said that he would be praying for us.”